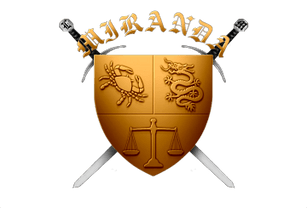 Fifteen (15) years of experience, Ms. Miranda has been hired by other law firms as a Consultant to assist in defending their clients. Ms. Miranda has advised on Voir Dire, Trial Strategies and Negotiated Plea-Bargains with Prosecutors on NY State & Federal felony cases.

Ms. Miranda's expertise was also sought by Thomson Reuters when the publisher requested she write chapters for "Inside the Minds, DEFENDING DUI VEHICULAR HOMICIDE CASES" to advise trial lawyers. Both chapters Ms. Miranda submitted were published: "Checklist for Effective Representation on a DUI Vehicular Homicide" and "Selecting a Defense Strategy: Understanding the Charges, Analyzing the Evidence, and Always Considering Your Client."

In 1989 after graduating from Cornell Law School, Ms. Miranda began living her teenage dream to be a Public Defender. The first seven (7) years of her career Ms. Miranda was a trial attorney at the NYC Legal Aid Society, Criminal Defense Division. She was also responsible for investigations, line-ups, grand jury presentations, legal memoranda, habeas writs, hearings, teaching interns and young attorneys the ropes.

Ms. Miranda began lecturing on Criminal Defense in 1991 and has continued throughout her career. She was one of two (2) attorneys chosen for the first time to join management at the NYC Legal Aid Society, Criminal Defense Division, in recruiting attorneys.

Due to Ms. Miranda 's litigation excellence she followed Legal Aid with a two (2) year clerkship in NYS Supreme Court, advising Judge Nicholas Figueroa on complex felony legal issues at pre-trial hearings and criminal trials. She drafted nine (9) legal decisions published in the NYLJ, two (2) in which evidence unlawfully obtained was not admitted against the accused at trial. Both decisions made the front page. As a Law Clerk, Ms. Miranda was also responsible for teaching legal interns and young attorneys criminal law and procedure, assigning legal issues for them to research and critiquing their memos of law. At her own law firms for the past 22 years, Ms. Miranda has defended serious and minor crimes, State and Federal, upholding her commitment to make a difference in how People of Color and Immigrants are treated and viewed by our society. Critically empowering her clients to have a voice, to stand up for themselves and others.

2006: One of America's Influential Women, Lawyer's and Business Executives in the News